We are part of RFP Lawfirm, a leading and Corporate firm that focus on esports business company headquartered in the

Jakarta, Indonesia
Our team of esports consultants is located across Indonesia and Regional ASEAN

Requirement:
You need to create an esports experience that requires personalities from the world of competitive esports, esports business or any specific area of the games industry.

Response:
We analyse your project, your goals and we find the most appropriate talent. Whether it’s a Youtuber, pro Gamer, Esports or Video Game influencer, Servanda are connected to many top talents Nationwide and will be proud to build an awesome experience for your brand. As representative we also manage some awesome players and teams in Indonesia

Requirement:
You would like to understand how esports can improve brand awareness

Response:
In Indonesia, We assist brands to reach new audiences by connecting them to the best sponsorship opportunities in esports. Sponsorship is most often available for Teams, Top Players and WebTV Broadcast but many more opportunities exist.

Response:
We help you define the best way for your brand to reach marketing goals. Servanda can assist you to locate and target new audiences, manage KPIs, use Display, Social Ads, Contests and create detailed plans for a digital marketing strategy with via our esports partners.

Are you in need of professional Pro Player help ?

Don't hesitate to contact Servanda Agency & Lawyers. We have helped many people in the same situations as you're probably in. We try to respond within two working days, but since we are a respected law firm, we do have very busy schedules. We hope to hear from you soon. 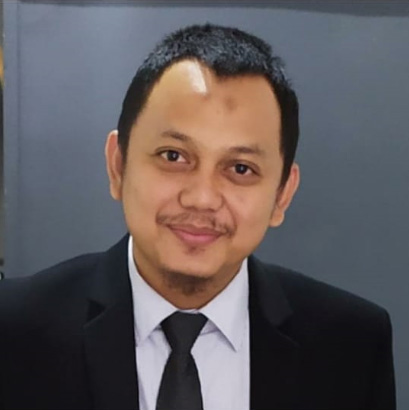 E-sport is a new Sport

You have probably heard these last months about professional sports clubs (like soccer, NBA, NFL, etc.) that have invested in esports structures or pro gamers.This is not a coincidence because this new economic sector is in full expansion and becomes over time a real support of communication. To reach a new audience, to sell new products, to engage with a young and loyal community.

The esports industry does not exactly compete with major traditional sports in terms of income, but the electronic sports market is indeed in the growth phase. Esport generates around $1,5 B in 2017 (source: Superdata), and new investors are coming every day. VR, PC gaming, console gaming, mobile gaming and "gaming video" are thriving markets positively impacting the world of esports.

In your communication strategy you can use esports as an excellent lever to differentiate yourself from your competitors. By investing in esports, always be closer to your target and develop your community on a privileged and trusting relationship. New experiences are waiting for you. For the pleasure of your future customers and for the success of your business.

We believe all legal cases are equally important, especially for the individual client especially in Player Contract and Commercial Contract

Our company is needed in both good and bad situations in life, and we do whatever we can to make all cases a good experience no matter the subject. We look at our clients as people with genuine problems and do not measure their wallet before we look at their case.

There are many Agency, but our numbers prove we have a good thing going here at The Servanda Agency.We respect our clients and they respect us, and that is what sets our company apart from others.

If you have questions regarding our company, you should give us a call. We will do everything possible to make sure we are the right fit for your case.

Esports is the only sports branch that can not provide superiority such as match view rates of football matches, and the football clubs continue to invest in Espor as an industrial sector. However, football teams have started to take it serious by starting league sponsorships, brand collaborations, and so on.

I would like to give some examples; In March 2018, FC Barcelona announced that the club itself will take place in PES2018 League. Of course, we can say that player of FC Barcelona Gerard Pique who is one of the founders of the eFootball.pro company; cooperates with KONAMI, has a share in this partnership. However, it seems possible to create a successful interaction when we consider the impact that the club has on the Korean market. For the moment, we are waiting for news about the possible progress in the future.

How do Esports work?

Esports basically turns video game playing into a sport. In some scenarios, it's on an individual level, but mostly it's through teams. The games themselves are like different sports types, in some ways. For example, in esports, Call of Duty and League of Legends are equivalent to, say, football and baseball.

How do you join an esports team?
Follow these tips to learn how.
How much money do you need to start an eSports team?

According to the professional eSports organization Riot, each team in the League of Legends Championship Series receives an amount of money to provide salaries and help with operating expenses. And each player must be paid a minimum of 128 Million Rupiah for the 28-match season.

How many hours do pro gamers play?

Professional gamers, barely past their teens, burn out even faster than athletes. Top competitors are playing 12 to 14 hours a day, at least six days a week, according Richard Lewis, a journalist who covers esports

Is Esports worth investing in?

Today, as you know, these companies are now worth billions. I see this as analogous to the global adoption of esports in that esports currently has an audience of 385 million, yet only generates ~$1 billion in revenue.

We won't brag about our clients/cases, but we feel really proud of what we have managed in a short amount of time. Yes, we treat our clients like people and they seem to like it.

Source of law-introduction to Indonesian law